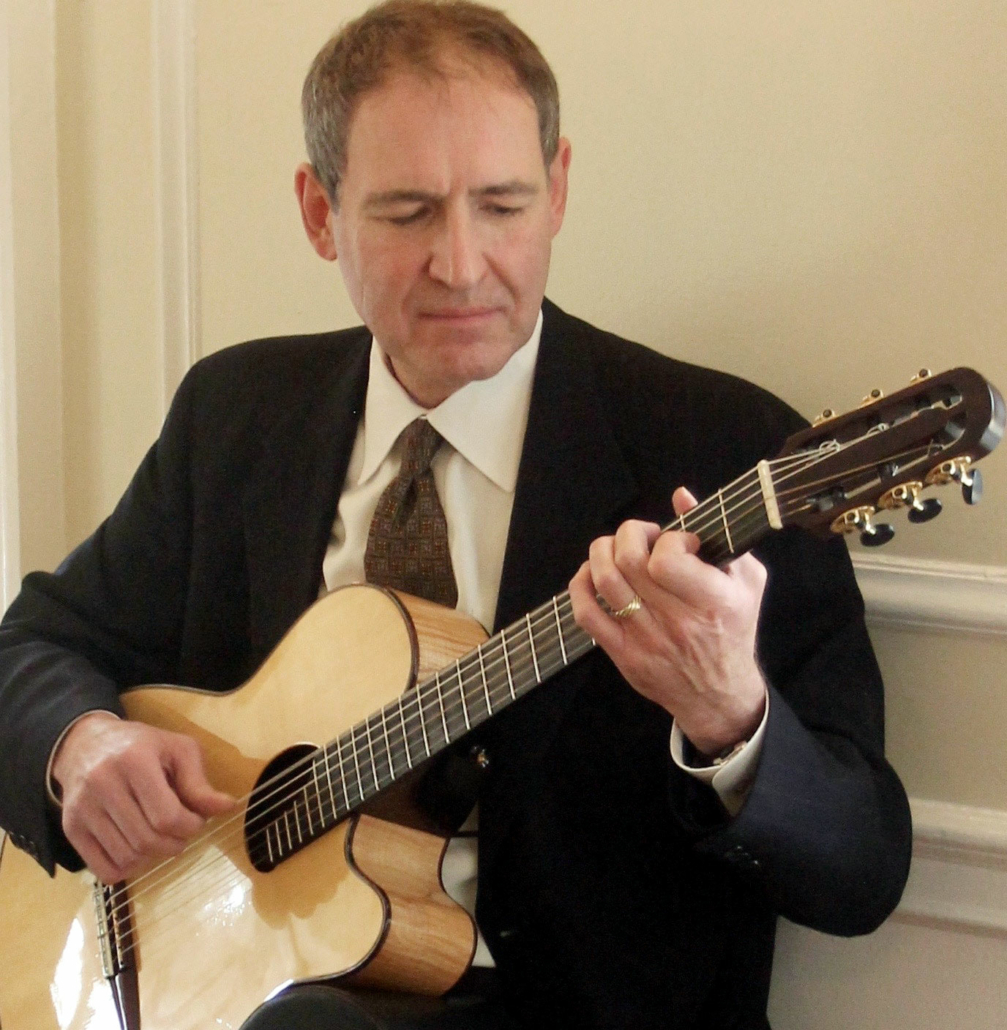 The Washington Post has described Michael’s guitar playing as “clear, elegant & exquisite” and he is renowned throughout the Washington area by event planners, caterers and event site managers as “Washington’s Classical Guitarist”.

Michael has been playing the guitar professionally for over 25 years and he has also released five critically acclaimed recordings. Michael’s formal education includes a master’s degree from Hollins University and 10 years of private guitar study including classes with Charlie Byrd. After performing for several years for events at the Five star Greenbrier and Homestead Resorts, Michael relocated to Washington, DC in 1991 and has been performing full time for exclusive corporate and private receptions, dinners and weddings as well. Washington’s finest caterers, event planners, event sites & private clubs hire and refer Michael to their most particular clients. In addition, many national and international corporations and associations, including ExxonMobil, Eli Lilly, Tiffany’s, Airline Pilots Association, American Society of Internal Medicine, Goldman Sachs have featured Michael’s music at their Board dinners, conventions, and private celebrations. Michael recently performed a private concert for the Supreme Court Justices and their spouses in the private dining room at the United States Supreme Court.

Using a sound system to extend the sound of his guitar, Michael carefully tailors the volume of the music to the size of the room and the number of guests present. Performing for both small intimate gatherings and large events hosting as many as 600 guests, he insures that the guests hear and enjoy his music while still being able to engage in their conversation. Michael can also make available a wireless microphone for his clients if needed for announcements during an event.

Michael performs music ranging from the Baroque, Renaissance, and Spanish Classical periods to Jazz, Contemporary & Holiday music. Michael is a personable and talented musician whose classical guitar music enhances enjoyment and provides an elegant and intimate ambiance for every event.